Black Dolls Project is on display in Washington, 40 years after Professor DAMAS ‘last public speech in Washington and 10 years after the founding of the FotoweekDC Festival.  While racial tensions throughout the United States and the world have been exacerbated, this project born in French Guiana, like Damas, is precisely presented in the heart of an iconic black district, Anacostia, a few meters from the house of Frederick Douglas. At the confluence of the works of Leon-Gontran Damas and Neely J. Fuller, Black Dolls is the fruit of the questioning of a person concerned by this problem; considering himself victim and servant, using photographic work as a support. It calls it among one of the various intellectual resources, helping to understand what racism is and how it works. Dare to exchange, not for a moment of contemplation but to cross the perceptions, experiences and individual knowledge, in order to bring out concrete solutions, methodologies, a code of conduct to produce Justice. With the participation of the poet Pr. Ethelbert Miller, the historian Pr. Donald Earl Collins and the artist Mirtho Linguet. 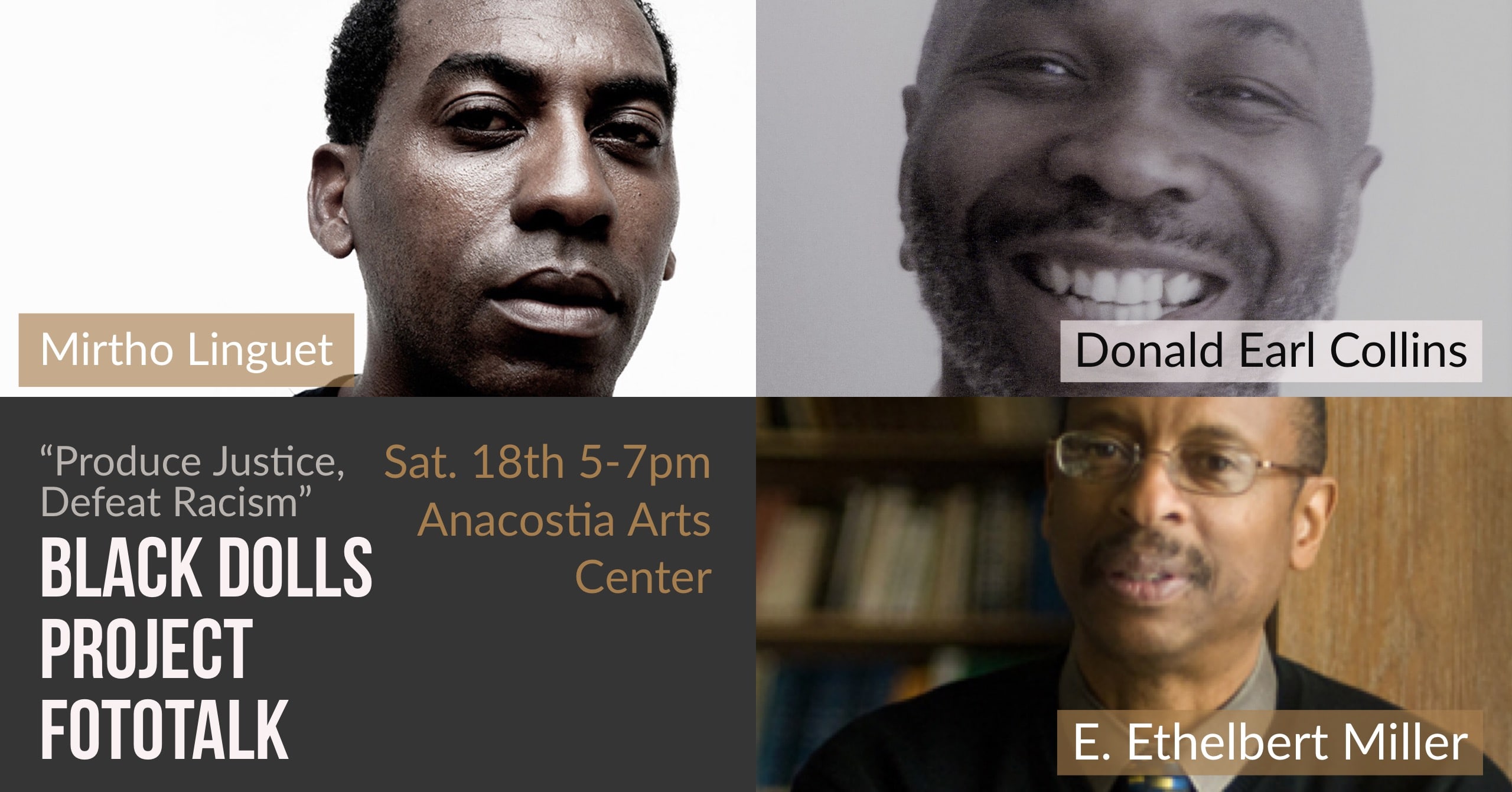 Pr. Donald Earl CollinsAssociate Professor of History at University of Maryland with a PhD in History from Carnegie Mellon University.Donald Earl Collins have written for more than fifteen years on topics such as multiculturalism, education reform and US/African American identity. His articles have appeared in Al Jazeera English, The Atlantic, HuffPost, The Atlanta Journal Constitution, Pittsburgh Post-Gazette, The Washington Post, Teachers College Record, Seven Scribes, Academe Magazine, Radical Society, and The Guardian.He is also the author of Fear of a “Black” America: Multiculturalism and the African American Experience (2004).
He have taught as an adjunct professor of African American History and American Education at Carnegie Mellon University, Duquesne University, George Washington University, the University of the District of Columbia and Howard University.
“What can blacks do in a nation that will ultimately never change, in an America forever committed to a racial and gendered caste system?”

Pr. Ethelbert MillerPoet and Doctor of Literature E. Ethelbert Miller is a writer and literary activist. He is the author of several collections of poems and two memoirs and the former board chair of the Institute for Policy Studies. For fourteen years Miller has been the editor of Poet Lore, the oldest poetry magazine published in the United States. He was awarded an honorary degree of Doctor of Literature in 1996 by Emory and Henry College. In April 2015, Miller was inducted into the Washington, DC Hall of Fame. In 2016, Miller received the AWPGeorge Garrett Award for Outstanding Community Service in Literature and the DC Mayor’s Arts Award for Distinguished Honor. His most recent book is The Collected Poems of E. Ethelbert Miller, edited by Kirsten Porter and published by Willow Books. “So much white anger in the air. I can’t breathe.
What is this strange ash that covers my black body?
How long has America been burning?”